From St. Louis Cathedral to street corner churches, faith runs deep through every ward in New Orleans. Baptisms, testifying preachers, and young black Mandonnas with child in arms are all subjects of Ferdinand’s art. Raised a Christian, he also practiced voodoo, a faith brought to New Orleans by slaves from Haiti circa 1805. A mix of Catholicism and West African spiritual traditions, voodoo remains in New Orleans and is portrayed in Ferdinand’s art. After his death and memorial service in December 2004, a remembrance for Roy became part of a group art show at Barrister’s Gallery, in which artists were tasked with designing their own burial urns. Roy had planned to participate, but instead his ashes became a part of the show, as centerpiece for a voodoo altar that his artist friends constructed in his memory. 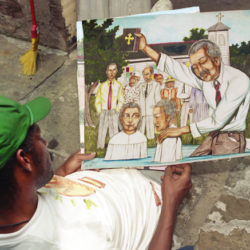 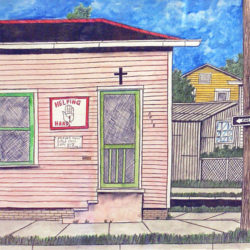 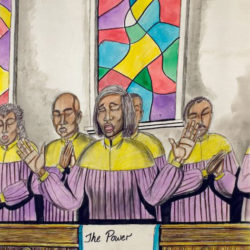 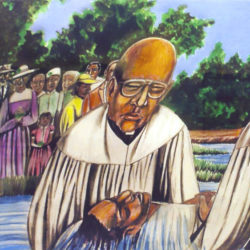 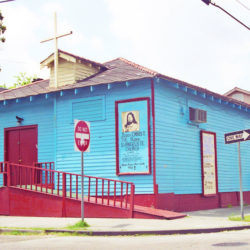 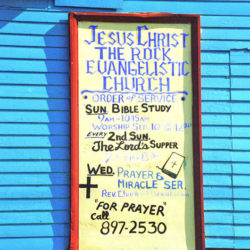 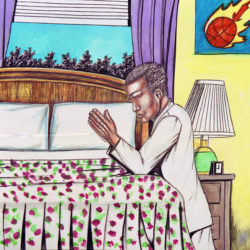 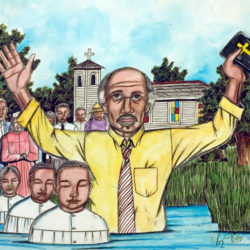 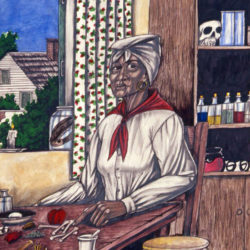 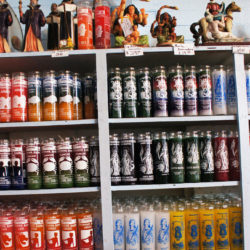 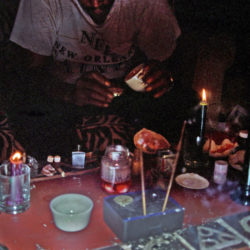 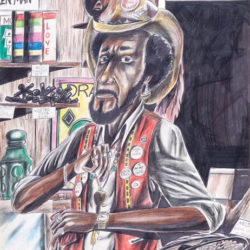 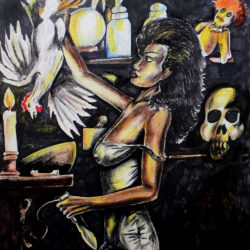 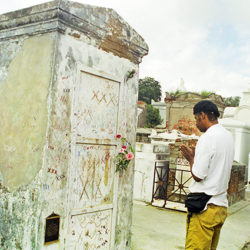