Graffiti is a recurrent detail in Ferdinand’s crime scenes, with walls and fences covered in the signs and symbols of a violent underworld. “A name crossed out with an X shows someone killed by a rival gang, a name inside a tombstone is a tribute to a gang member or a friend,” he once told an interviewer. “A lot of times I use people I’ve known who’ve died on the street.” While often stark, Ferdinand’s drawings are marked by irony, metaphor, and a sometimes startling humor. Street signs are a favorite detail—in many pieces STOP, ONE WAY and DEAD END stand behind young men wearing gang colors and holding weapons. “I use telephone poles too—the crosses are like a symbol for crucifixion.” For over a decade, a Baptist church in New Orleans paid for a billboard at the intersection of Claiborne Avenue and Martin Luther King Jr. Boulevard, stating “Thou Shall Not Kill” as a grassroots response to the city’s murder rate. Ferdinand used this and much other signage in his art, adding background commentary to his scene at hand. Cemeteries are a cultural touchstone in New Orleans and, along with their tombstone crosses, frequently appear in his work.
Photos by Bill Sasser 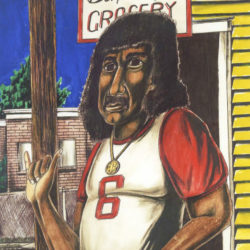 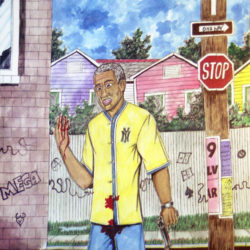 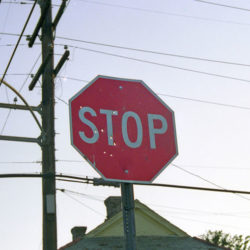 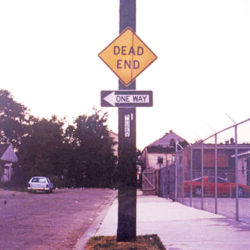 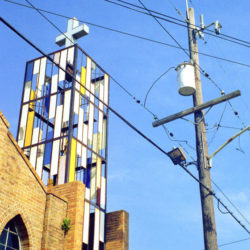 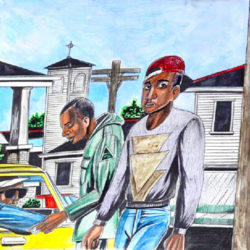 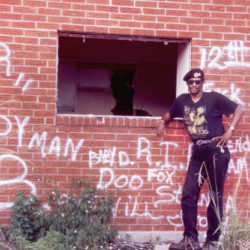 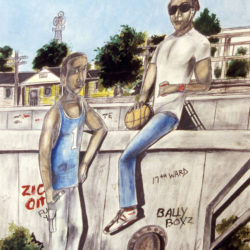 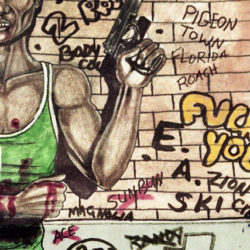 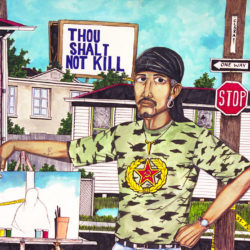 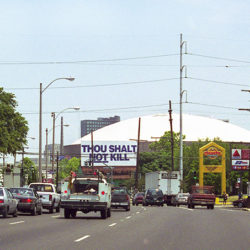 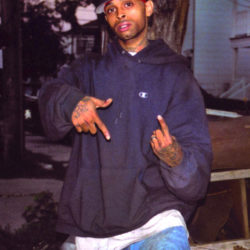 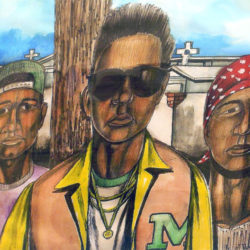 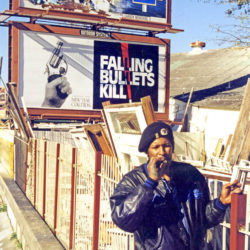 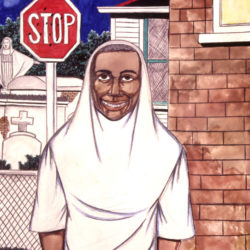